STAY SAFE AND VIGILANT! SCAMMERS LOVE TO USE COVID-19 AS PART OF THEIR SCAM STORY! 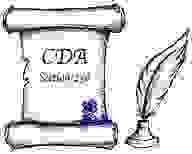 WHY AMEND SECTION 230 Of the COMMUNICATION DECENCY ACT

Section 230 of the Communication Decency Act became law in 1996. This law was designed to protect interactive computer services (such as Twitter, Facebook, Instagram, Match.com) from being held legally responsible for what users post to their platforms. This law was to help social media expand upon the internet as distributers and not publisher. Publishing is looked at as the creator (aware of how a "product" is made, and what is involved, having the ability to be held liable), the distributer is seen as the provider (getting the product out without responsibility of creation of the product, and not being held liable).

WHY ARE WE WANTING TO AMEND SECTION 230 OF THE COMMUNICATION DECENCY ACT?

Back in 1996, the thought of criminals using platforms as their base of operations for crimes such as identity theft, money laundering, selling of fraudulent government documents etc. was nonexistent. Today, the Internet Crimes Complaint Center (IC3) has reported a loss of monies from victims of cybercrimes within the United States at an astounding $2.71 Billion, $362,500,761 of that was due to Confidence Fraud/Romance scams. According to the FBI's Chief of Financial Crimes Section, this number of reporting victims is only scratching the surface opposed to the actual number of victims who do not report.
As for direct harm towards scammed survivors, one is looking at psychological, emotional and financial abuse. Seniors being the largest targeted victims, this would also contribute to a form elder abuse. Results from online romance scams have included financial loss, psychological/emotional complications to a more extreme consequence such as ending ones own life. The matter is far deeper than "just sending money", this is a crime of manipulation, extortion and identity theft. We are not only focusing on the scammed survivors but the identity theft victims as well.
There're no denying platforms are being used to house the unlawful actions, in fact, with Facebook being aware (not by word of mouth, but by multiple reports and emails Bryan and I have provided directly to our Facebook team), they certainly are welcoming these criminals. This statement could not be considered true if the proof was not there, we have that proof. Platforms (like Facebook) being aware of the criminal activities on their sites, are no longer considered a distributer, but an accessory to a crime (of course, if they were held under laws like everyday citizens were).
Section 230 of the Communication Decency Act did what it was created to do over 20 years ago. Today, however this law is significantly expired and morally irresponsible to all social media patrons. Unfortunately, with continual harmful effects, an amendment to the Section 230 is considerably needed.

WHAT ARE WE PROPOSING?

If you would like to learn more about Section 230 of the Communication Decency Act,  click the "FIND OUT MORE" link below. This will take you directly to the Cornell Law School site where the definition is provided.

BIG TECH VS SECTION 230. AARS LETTER IN SUPPORT TO AMEND!

*A donation to Change is NOT required to sign!